This DIY project can turn your fridge into an eye-catching work of art. Follow these quick and easy tips to elevate your kitchen.

Rock legend Dusty Hill, the bassist of ZZ Top passed away this week at the age of 72. He and fellow bearded guitarist Billy Gibbons formed one of the most iconic bands of their era. Here are some interesting tidbits about the Rock and Roll Hall of Famer. Why He Grew The Beard ZZ Top […]

Is Jennifer Aniston secretly dating Halle Berry‘s ex Gabriel Aubry? According to one tabloid, the pair has been in a “sexy secret romance” for a while now. Gossip Cop investigates the rumor. Jennifer Aniston’s New ‘Secret’ Relationship? This week’s edition of Star reports that Jennifer Aniston is “getting hot and heavy” with none other than […]

Is Jennifer Lopez working hard to get Ben Affleck into shape? One report says the Hustlers star is helping Affleck get rid of his dad bod. Gossip Cop investigates. ‘Jen Whips Ben Into Shape’ According to Star, notorious gym-rat Lopez works all day on her body, and now she’s going to work on Affleck’s too. […]

by Matthew Radulski
Lifestyle
S
Suzy Kerr
Gossip Cop participates in affiliate programs with various companies. We may earn commission when you click on or make purchases via links.

One of the stars of the Gossip Girl reboot is Whitney Peak, who plays fish out of water Zoya Lott on the new HBO Max series.

Peak recently opened up her makeup bag to share her morning beauty routine, and she included the most unexpected tip on how to get perfect brows.

Meet The Star Of The ‘Gossip Girl’ Reboot

Peak is an up-and-coming actress who is originally from Uganda. She moved to Canada at the age of nine and caught the acting bug when she discovered The Disney Channel as a pre-teen. She plays Zoya on the Gossip Girl reboot, who is similar to Dan Humphrey and Little J in the original. Her character is the outsider who wasn’t born on the Upper East Side.

In a new video for Vogue, the 18-year-old shared some of her beauty secrets. There, she revealed how thankful she was that her mom “had good eyebrows.”  She explained that she inherited her mom’s brows, and everyone has always praised her for that.

However, it wasn’t until recently that she really understood how good she has it when it comes to brows.

Peak’s eyebrow routine for her perfect brows begins with Anastasia Beverly Hills DIPBROW Pomade. She says she’s had her jar of pomade “for like ever” because she doesn’t use much. 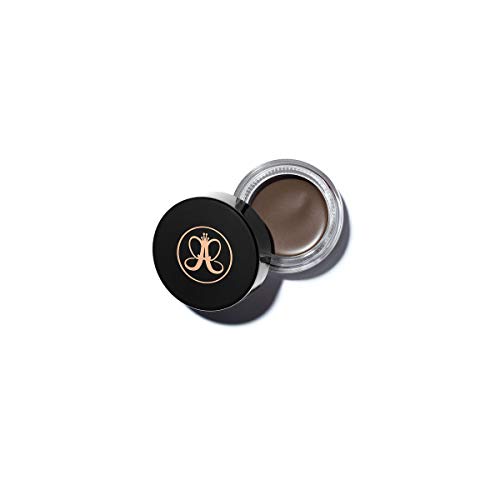 To apply it to her brows, the Gossip Girl star uses a “little spoolie thing,” which is simply a brow brush. She applies the pomade to help fill in and detail her eyebrows. Peak keeps a natural look when it comes to brow texture instead of adding bold outlining and filling.

The next step in Peak’s process is where it gets interesting.

To achieve perfect brows, Peak uses Chanel Le Gel Sourcils Longwear Eyebrow Gel, which she describes as “really fire.” The gel formula is applied with a unique cone-shaped brush, and it “sets, defines and holds brows in place for a lasting, natural look.”

That’s all it takes to get the perfect brows, no tweezers required. In fact, Peak has never used tweezers or wax on her brows.

She tells everyone, “No, don’t touch my brows.” And we can see why.

If You Use Pore Strips, You Might Be Doing More Damage Than Good