Is Princess Eugenie fearful that Meghan Markle‘s plans for Lilibet’s christening will spoil her own son’s christening? According to one tabloid, this is the latest slight in a long feud between the cousins-in-law. Gossip Cop investigates the rumor. Battle Of The Christenings? This week’s edition of Woman’s Day reports that Princess Eugenie is tired of […]

Justin Bieber is known as a lot of things: Popstar, husband, religious man, reformed bad boy, and now apparently a pothead. That’s what one tabloid is claiming after the performer was photographed buying marijuana from a dispensary. Gossip Cop investigates.  Justin Bieber’s Inner Circle Fearful? According to the National Enquirer, Bieber’s pals are worried that […]

Not everybody is a fan of the Property Brothers’ work on their show, but when the duo gets it right, they definitely strike creative gold. Drew and Jonathan Scott will try their best to respect their guests’ wishes no matter how fastidious they may be. A classic example of this is in the season five, […]

The new e-commerce site scours the globe to find products that are out to genuinely save the earth and its people.

by Melanie A. Davis
Lifestyle
M
Maria Cruz
Gossip Cop participates in affiliate programs with various companies. We may earn commission when you click on or make purchases via links.

While we’ve all heard the words “comforter” and “duvet” before, do we really know what the main differences are between them? It’s okay if you’re a little fuzzy on the details because we’ve outlined the main differences so you can finally choose a side in the great duvet vs comforter debate.

The main difference between the two is that one is essentially a giant bag stuffed with down and the other is actually a blanket filled with wool or down.

A duvet is definitely something a lot of us have had in our homes before, but because they’re commonly referred to as blankets or comforters, we might not have even noticed. Duvets are large white bags that are filled with down or synthetic fibers. The reason you may not have noticed is that duvets are often stuffed inside duvet covers, which can be an assortment of fabrics and designs.

Depending on the filling, size, and thickness, the cost of a duvet can vary greatly, but generally falls in the range of $30 to $200. They typically come in neutral colors such as white, gray, and black with corned tabs to easily use with a duvet cover. That said, it is perfectly acceptable to use duvets as is if you prefer the simple color/design.

On the other hand, comforters are blankets that have feathers, wool, or down all stuffed inside fabric. Comforters don’t have additional covers because they’re already made from a variety of fabrics printed with various designs and colors.

Besides the additional style choices and fillings, comforters can be more economical as many are sold with matching pillow shams, and sometimes event sheets and bed skirts. Depending on the size, material, and additional bedding including, a comforter can typically costs between $30 and $200.

If you’re looking to get a duvet then there are some things you should know. 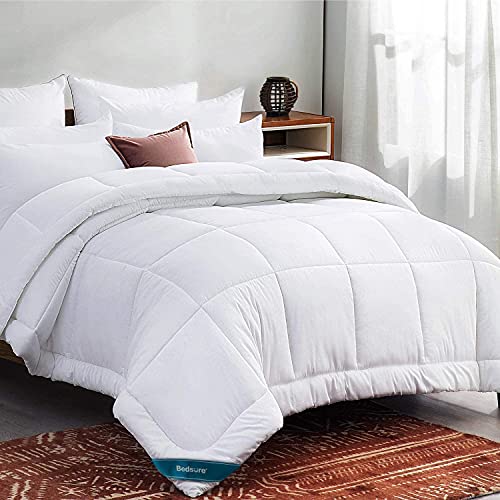 This 100% microfiber duvet features boxed stitching to keep the filling in place. Light enough for summer but cozy enough for winter, simply pop into your washing machine for easy cleaning.

If you’re leaning towards getting a comforter, then here are a few things you should know. 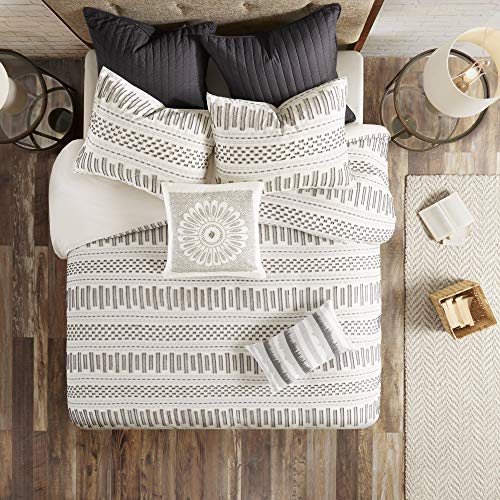 At the end of the day, it all comes down to personal preference. One isn’t inherently better than the other, and with so many options on the market today, it’s easy to find the feel, weight, and look you want without much hassle!